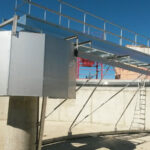 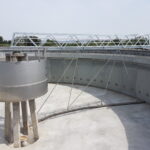 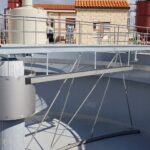 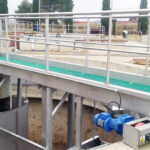 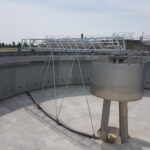 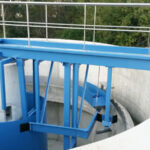 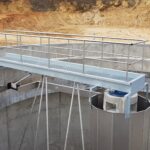 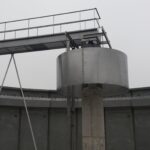 The DET06R CIRCULAR CLARIFIER comprises a walkway that is supported twofold on the centre pivot and on the drive unit, whose raceway runs round the upper section of the exterior wall of the settling tank and features a peripheral drive. The circular clarifier allows a mechanical cleaning of all the sludge and the particles that are floating or in suspension which settle alone or with the help of a flocculant, as a result of a skimming scraper and a spiral sludge scraper.

Mobile girder – one end resting on the centre pivot and the other on the drive unit which moves around the edge of the settling enclosure. There are two variants:

– Walkway in rolled steel profiles, painted or hot-galvanised, with welded handrails on either side and galvanised metal grilles on the transited area.

– Box girder walkway, built from mid-height sheet metal with an upper handrail or using sheet metal to such a height that it works as a handrail.

Comprised of a base plate which serves to anchor the central pillar of the circular clarifier; it includes axial ball bearings and an electric brush collector as a power source and feeder for the geared motor, and for positioning the emergency stop button. All of this is protected by a sealed lid. The walkway-centre pivot join features an articulated system which means level differences that may be caused by the movement of the drive unit opposite can be absorbed.

This is positioned at the end of the walkway of the circular clarifier, opposite the centre pivot, and comprises a geared motor with a hollow output shaft which acts directly on the shaft on the drive wheel. On the other side of the unit is the driving wheel. Both of these are Red Band-type and supported by ball bearings. The peripheral speed is about 1.4 m/min.

It is underpinned by a series of metal arms which are directly attached to the lower section of the circular clarifier walkway by means of an articulated joint. This allows the scraper to adapt to the irregularities of the depths. It consists of a plate scraper built from carbon or stainless steel with a strip of elastomer (EPDM) on the lower section to collect the settled sludge:

Both systems feature nylon wheels with stainless steel axes to facilitate movement along the bottom of the settling tank. The aim of the sludge scraper is to transport the settled sludge to the hopper on the lower section of the centre pivot, assisted by the slope included in the design of the bottom of the circular enclosure.

This is suspended from the circular clarifier walkway by means of supporting arms and it consists of sheet metal made from carbon or stainless steel. The height may be adjusted. It can gather all floating solids and sweep them towards the Hopper, where they are discharged by the sweeper.

This is installed on the periphery of the circular clarifier and is directly anchored onto the civil works. Two versions may be made: external (standardised) or submerged (height adjustable). Made from steel plate (normally stainless steel).

Made from welded sheet plate, its purpose is to calm the water coming in through the centre pivot so that it is evenly distributed throughout the enclosure. This prevents chop which would worsen the settling process.

The Weirs are a collection of sheets with triangular notches which are fixed to the concrete wall to permit treated water to be ejected. The Deflectors are also rectangular sheets which are placed in front of the Weirs through the use of special supports. They stop the floating substances in the settler tank from exiting with the discharge from the Weirs. 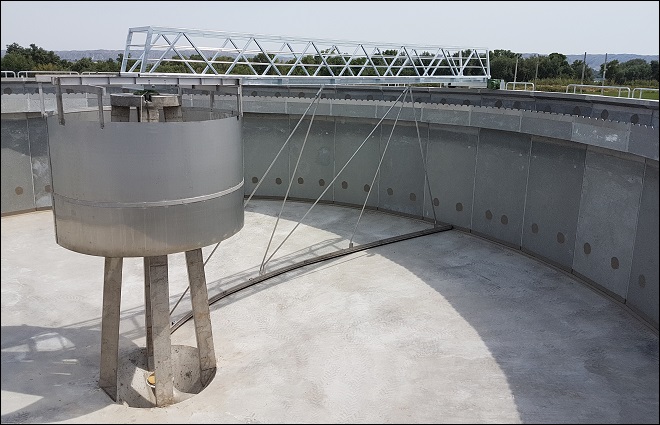 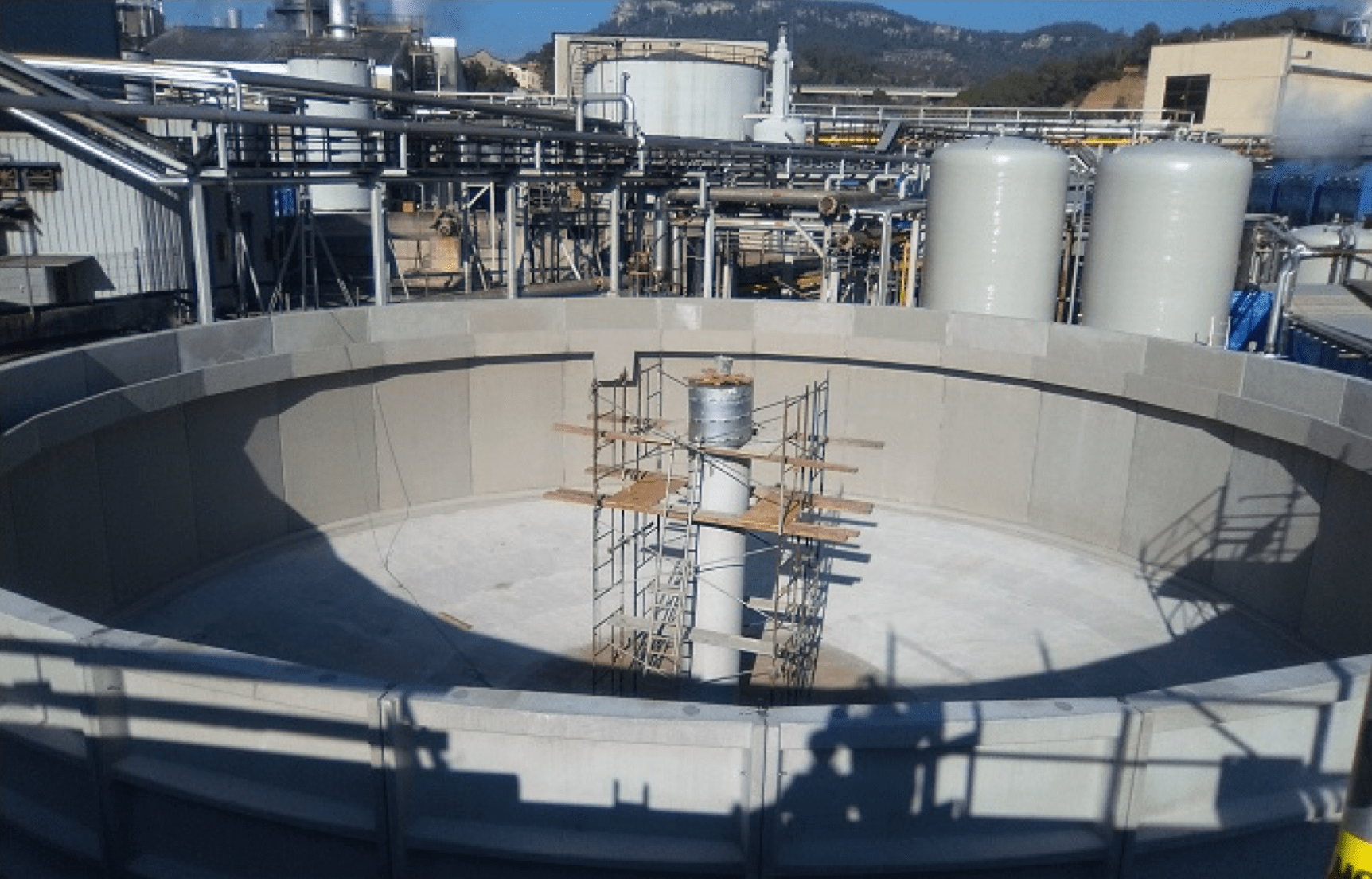 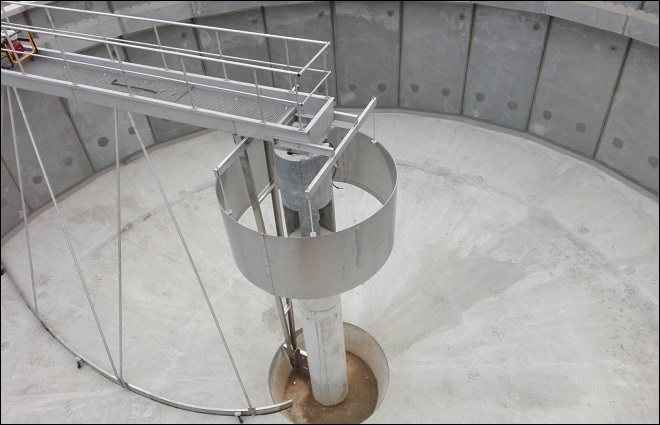